Sunday Morning was very wet and the planned 11 am start was cancelled.  This was a shame as we had a team of ten ready to go.  By lunchtime the weather was better and three enthusiastic pickers decided to give a couple of hours to clear some litter in Clover Grounds.

Well done to Heather and Liz who joined Alex.  Although the Three three worked hard they could not match the stupendous harvest of litter garnered from Sheepwood the previous month.

Sam and Di who worked with Liz and James in Sheepwood in April.

However Alex was very proud to have found a lorry tyre and Liz and Heather extracted a pushchair and a set of luggage. 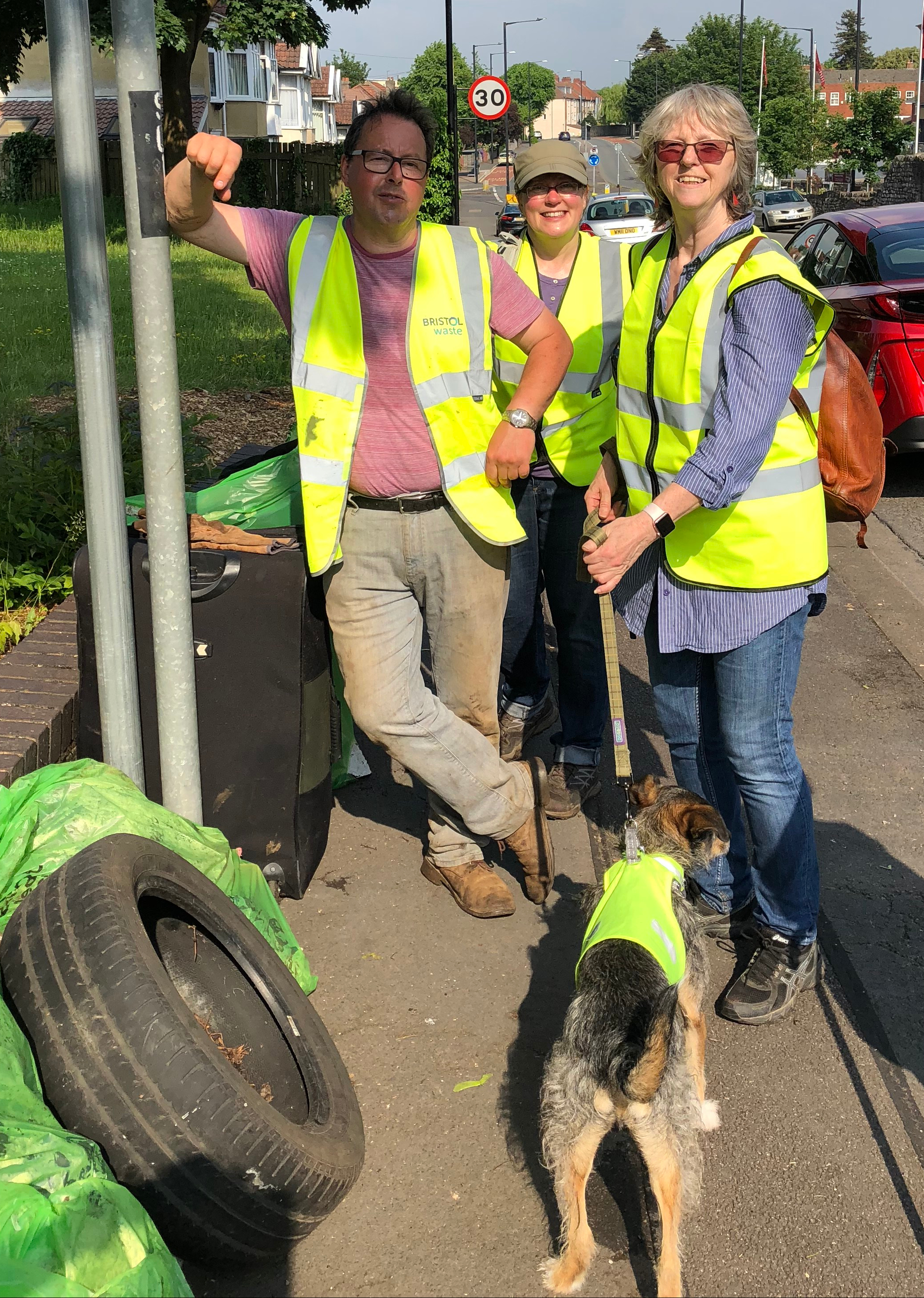 The Happy Team after their Picking!

SusWoT organises litter picking in Westbury on the last Sunday of every month.  Be in touch if you want to help.